From one generation to the next 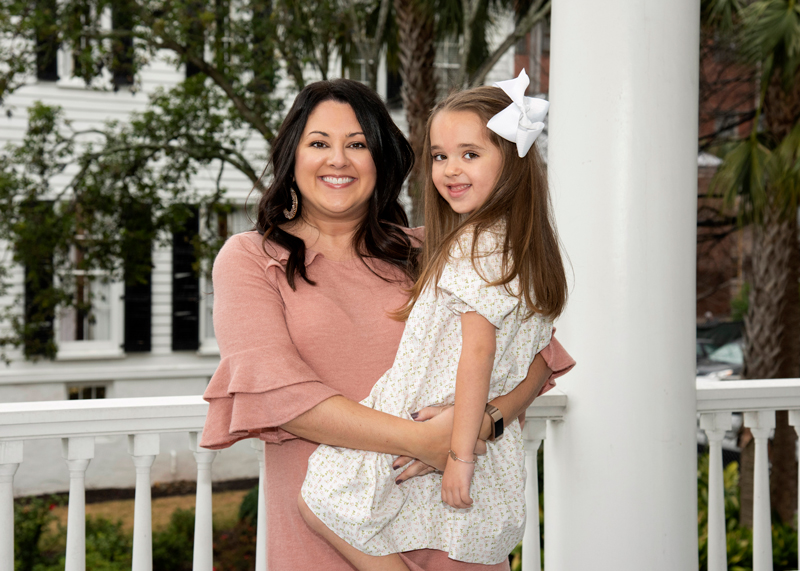 Her Yiayia (a Greek term for grandmother pronounced as “ya-ya”) regularly knits blankets for the hospital’s smallest patients. Multiple family members have either worked at MUSC or graduated from one of its six colleges. Tuk’s mother and youngest brother are both nurses at MUSC, while Tuk joined the MUSC Office of Development in 2018. Even Tuk’s 6-year-old daughter Peyton has a special connection to MUSC.

“We invite my friends over for my birthday party and they all bring toys to donate to the children’s hospital,” Peyton explained. It’s a tradition her mother started on her first birthday. On her sixth birthday, Peyton collected more than 100 toys for MUSC. “My greatest accomplishment has been inspiring my child to follow in my footsteps in wanting to make a difference at MUSC,” Tuk said of the birthday tradition.

Recently, Tuk gave back to the children’s hospital in a new way: by making a planned gift through her retirement account. She was inspired to support pediatric cardiology after seeing two of her friends lose a daughter to Hypoplastic Left Heart Syndrome (HLHS).

“I believe that the heart is the soul of the body,” Tuk said. “A lot of issues that arise during pregnancy usually involve the baby’s heart, so I hope that through research and gifts we can find ways to save those baby’s lives.”

Tuk decided to make a planned gift of her retirement account after doing her research. “Planned gifts are viewed as something that an older generation gives. I hope to bring awareness to younger generations that planned giving is an option that has no upfront cost,” Tuk explained. “You don’t have to be older or wealthy to consider this gift.”

Tuk found the process of making a planned gift to be easy, saying it only took a few minutes to set up. She added that it’s a wonderful way to watch your money grow for a good cause. “I hope that we, as a family, can make a bigger impact on MUSC before our time on Earth is over,” Tuk said.

Peyton is ready to follow in mom’s footsteps. “I’m going to make a gift when I’m older and I’m going to be a doctor when I grow up,” she shared.

If you would like to make the MUSC Foundation a beneficiary of your retirement account like Sunday has or simply learn more about planned giving at MUSC, please fill out this simple form.