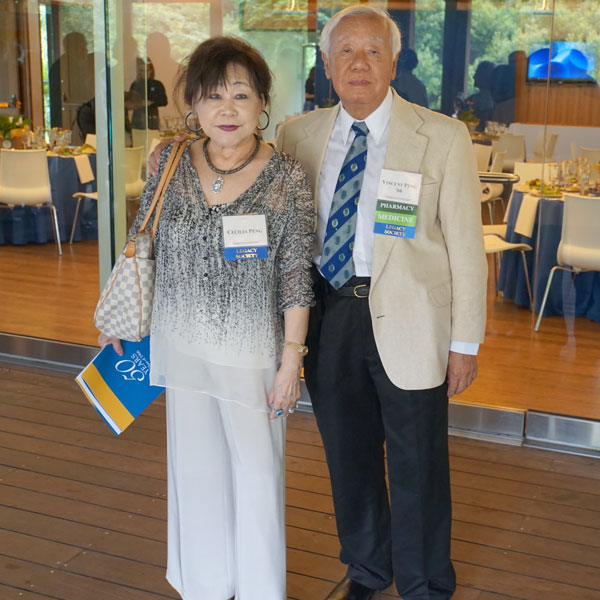 The gift of giving

Vincent Peng understands the meaning of heart and determination, two things he carried with him, along with the $15.00 in his pocket when he first came to America from Taiwan in 1960. He knew no one in the United States, but knew he was destined to succeed.

"I struggled, but I survived," says Dr. Peng.

Giving back to MUSC seemed fitting to someone who sees education as a beautiful and precious gift. "Drinking water, one must remember the source of the fountain," he explains. Having created two endowed scholarships, among other gifts, Dr. Peng sees his planned giving as an investment. "As a professional and a businessman, I know investment. I wanted to invest in the future of MUSC," he says.

Dr. Peng created the Edith Peng Excellence in Research Award Endowment at Hollings Cancer Center to honor his late wife who passed away after a battle with Leukemia in 1989. He also established the Cecilia Peng Operating Room Nursing Training Endowment Fund which he dedicated to his current wife for her long career as a surgical nurse.

He was able to create these two scholarship funds through a Charitable Remainder Unitrust and a gift of Life Insurance. His generosity is exactly what he says it is: an investment in the future of MUSC. "Giving back to my alma mater has provided me with personal satisfaction and achievement," he says. "I hope MUSC will continue to grow and shine."