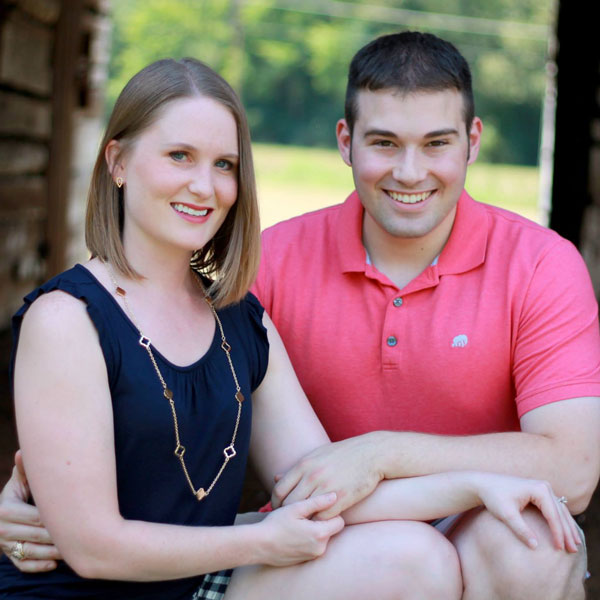 Jade is a small-town girl from Union, South Carolina, and Jacob is from Manhattan. Seemingly very different, they have something in common: they both received scholarships toward their education.

Jade Fountain was the first in her family to attend a four-year college. She had aspirations to attend Furman University, but realized that her future at Furman would not be possible without a scholarship. Thanks to a gracious woman with ties to Furman and Jade's hometown, she received a scholarship.

"That shaped me," Jade said, "knowing my education would not have been possible without the help of an individual."

A few years later, Jacob received the Robert Wood Johnson Scholarship after being accepted into MUSC's College of Nursing.

From these and other personal experiences, Jacob and Jade encountered the generosity of others and learned the value of giving. This led the couple to make a planned gift to the Medical University of South Carolina when they were just 26 and 27 years old.

The couple aims to establish a scholarship at the College of Nursing to impact the life of a student, just as their scholarships impacted their lives. Having worked in MUSC's Office of Gift Planning, Jade understands that naming MUSC in their living trust will ensure that their wishes are honored for the future. Jacob and Jade look forward to establishing their scholarship and benefitting a student in financial need.

"We don't have the means necessarily, but we are blessed," Jade said. "We certainly have an eye to the future and want to give back. By making provisions in a living trust, the plans seem small now, but the gift could amount to something so much larger than we ever thought."

The wonderful thing about a planned gift is that anyone can make a provision for a gift at any age. Jade and Jacob made their gift at a young age and it will adapt to their lives in the future. By including their gift in their estate plans, they are able to make a gift that will benefit others in the future.